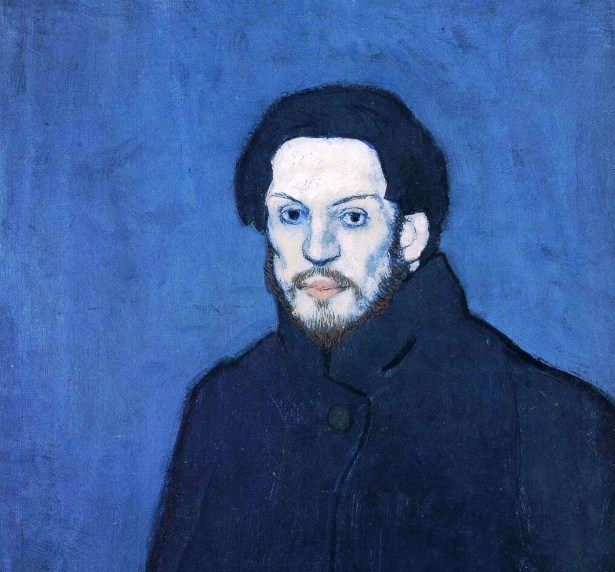 Although it has lasted only four years, Pablo Picasso’s Blue period is not the first perpetration of a painter’s lifetime into periods. It was done by art historians for Rembrandt, Michelangelo and Auguste Renoir, although in terms like “young” and “late” which is weak in compared to Pablo Picasso, whom for Jean Cocteau “was the first painter whose œuvre can be watched like a movie”. This article, focusing on certain works of Blue period by Pablo Picasso, will try to examine the experience of modernity in his pre-cubist work.

First to say, before being an immigrant Spaniard in Paris, Picasso was a painter who has grown up with his homeland’s visual narrative since his childhood. To find out more about this, we can look at two art critics’ account, one being John Berger.

The half-length portrait of an old beggar dating from that time discloses advanced technical skill. There is no doubt that in this as in other related early paintings Picasso was inspired by the great paintings of Velazquez, such as the famous Water Seller of Seville. That is the source of the magnificently realistic rendering of the shining skin, the pasty hair, and the coarse clothing of his model, as well as of the generous, broad brushwork vigorously juxtaposing lights and shadows, which stresses the momentary quality of the figure, and largely contributes to the serious concentrated expression. On the other hand nothing in this picture suggests imitation, let alone copying: like Picasso’s later works, even this youthful painting is characterized by the extraordinary intensity of his own effort. And like all his paintings inspired by historical models, this one reveals a mind that consumes the thing seen in the fire of enthusiasm and recreates it from the ashes as something new that belongs to Picasso alone.…[1]

Aside from bourgeois mystifications, which are criticized also by John Berger later in this passage, the more important part for us is that from that early age, he began to consume Spanish painting’s themes. John Berger proceeds to comment on the commentary upon:

What is said is not untrue. It is simply irrelevant. (What might be relevant is why painters paint beggars, what is special about the Spanish attitude to poverty, how the age of a man changes the clothes he wears, whether or not Picasso when he painted this at the age of fourteen was already becoming aware of the inadequacy of the provincial, illustrative style of drawing he had been taught, etc.) There is a total inability to see the work in relation to any general human experience. Instead, the picture is described, identified, and given a good pedigree as an object; whilst Picasso – at the age of fourteen – is set at Velazquez’ right hand and glorified as a phoenix-like genius.[2]

This poverty, after good many experimentations which are highly influenced by Toulouse-Lautrec’ drawing style when he first came to Paris to conquer the stage, would find its appearance in his paintings again. But his first encounter with the cosmopolitan life of Paris seems to dazzled him, and he was also nostalgic about the then past l’Age d’Ore of Parisian life.

Although painted in the years now named as Blue period, this work is not typical of the period. It is adorned with the exotic imagination of the subject, who seems to be the one who ordered the painting to Picasso. It has a fusion of many styles, namely pointillist, impressionist, post-impressionist and also his future treatment of the figure can be ambigiously seen. This painting also reveals the fact that Picasso did not just consumed his homeland’s visual narrative, but also he is now forgetting his native land’s visual culture when he is being consumed by the era’s newly found visual narratives lurking in Paris. Now, this creates an identity problem which has to be dealt with, and Picasso seems to be hardly aware of it. Exactly for this reason that he began to identify with the bohemian lower class of the Parisian life. After then, his real life friends and characters from this bohemian landscape would find its way into his paintings. This, was a matter of survival as a true person, as well as a true artist.

Picasso was now looking for his missing part which remained un-represented by this new painting narrative, in the missing and un-represented parts of the city: drunken workers, lost poets, prostitutes and so on. He was identifying with the outcast, not just because he was one of them at that time, but also he was seeing something more than them in them: a loss.

In Gertrude Stein’s account, in that period Paris was still in a moment of building, destructing and building again[3]. Because of this, easy construction business should have created many vacant spaces in the city with a traveling construction worker class. All this was known to Baudelaire, who also saw the historical Paris’ loss with Haussman projects after the 1871 Commune under Third Napoleon. So this melancholy was known to Parisian’s but it was alien for Picasso, who never experienced that kind of a modernization in his homeland. Also we can say that this “unclaimed buildings” in the city was being used by artists in the city as studios, now known as Montmartre. For more account:

Montmartre remained outside of the city limits of Paris until January 1, 1860, when it was annexed to the city along with other communities (faubourgs) surrounding Paris, and became part of the 18th arrondissement of Paris.

In 1871, Montmartre was the site of beginning of the revolutionary uprising of the Paris Commune.

The Basilica of the Sacré Cœur was built on Montmartre from 1876 to 1919, financed by public subscription as a gesture of expiation for the suffering of the city during the Franco-Prussian War and the 1871 Paris Commune.

Le Chat Noir at 84 boulevard de Rochechouart was founded in 1881 by Rodolphe Salis, and became a popular haunt for writers and poets.[4]

It seems that this loss was incomprehensible for Picasso, but felt metonomically with his loss of his own nativity. The new narratives not just furnished his imagination, but also created unexpressed parts in him. Still, Paris was modernizing and filling him up with the nostalgia of the then past-revolution, or heydays of working class movements. As an immigrant painter among them, he felt at home.

The Color Blue and the Melancholic State

It is widely acknowledged that the colour blue is linked to melancholic state, or as we may call it, mood. In ancient Rome, it was regarded as the colour of barbarians[5]. Thus it brings into mind that a mode of being without a land, or a lack of stationary being.

After Middle Ages it comes to be possessed as the colour of the banners and royality. It varies, changes from then on and differs in tone while it gathers new meanings. But at the beginning of the 20th century, it was very popular to link the colour blue with melancholy and it was in popular use among the artists. As for Picasso, he demanded it to be his utmost colour for his early paintings; a dip of colour, which gives all his gaze a mode of melancholy.

Though it seems atmospheric, it is not just a matter of atmosphere in his Blue Period, it is also a mood, a feeling. The link between the feeling of loss and the temperature of the colour blue is so immense that once we look at a painting from that period, we can see that it gives an impression of being lost, not just to have a loss. A motherland, father, family and so on, but it is certain that it is not just a feeling of loss of them, but also to be lost by them. Picasso was in a state of derangement: he came to Paris to be a successful, acknowledged painter, but he got to get lost first by his previous bounds, to be found in Paris as Picasso,later.

His blue period, with its scenes from la Vie Parisienne is the utmost representation of that feeling to be lost. This, is a new definition of modernity, after Baudelaire’s fin de siécle modernism. In Baudelaire, it was a time passed which was lost by the massively devastating attractions of modernism, but now, it is the subject which is alienated, it is a set of rules and morality that is lost, a certain way of behaving and being, so it is a mode of being an étranger, a migrant of the world: without a State in a City, without a home in a boulevard, just a rambling rose.

Now that Paris so devastatingly changes and has changed, he can only bury his dreams, and the City turned into a cemetery for them, like the Frederic of Emotional Education by Gustave Flaubert. That is why he used the colour blue, which is so much linked with illness in Rome and with death in Chinese literature. The loss of originality can also be seen through being engulfed by this new French narratives: he is not even a subject of this change in the City like Baudelaire, so he should find his role, not just in a City or a Nation like fellow Frenchmen do. He should find his role in History. So he started all-over again, and turned back to his homeland’s narratives.

Not especially Spanish in its painterly attitude, but especially French in his Hugoesque misery, this guitarist can not be somewhere else other than Spain. But what made magnificent talent Pablo Picasso to identify himself not with Velazquez and with a beggar? This shift towards not looking to misery but looking through it, made him who he was and reserved him from his contemporaries.

Being without a home and in misery, he started to think, how far I can go back to find a home, or to ask more properly, where I can not go beyond? Romantics thought it was the individual’s own psyche, his own childhood memories. But Picasso, being without a home, thus, lost the setting for projecting his childhood memories. He needed a new projection towards this idea. So he used the allegory once Marx used for the Ancient Greek as the magnificent childhood of Mankind.

But in Greek, although he found his home devastatingly changed, Ulysses went back home. Now, Picasso was so much changed, that he did not belong to any soil. So he invented the caveman, as the archetype of modern painter: he invented it so he can belong to an universal soil, a global topos. There was no going back from there.

Every immigrance comes with its loss, its longings and its new belongings. Sometimes, it produces devastating results, but sometimes, it creates a moment and changes the mode of belonging to the world. In Pablo Picasso’s case, after a long longing process, he found a new territory, he found his own way belonging to Paris, and also, changed the way Parisians’ belonging to it. Today, European culture being so hostile and full of control over anonimity and immigrance, it gives no place for new Pablo Picasso’s to find a new mode of being. Maybe, today’s anonimity will find its way of existence in a whole new modality, not being subject to territoriality.

[1] Berger, John; The Success and Failure of Picasso; EPUB

[2] Berger, John; The Success and Failure of Picasso; EPUB

[3] For more information: Stein, Gertrude; The Autobiography of Alice B. Toklas. 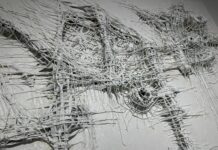 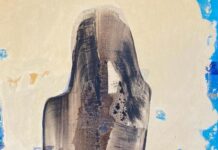 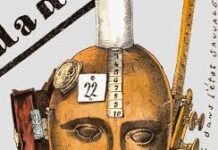 Adalet Nedir? In The Name of The Father